Syncopated City is the best place to start! Begin by subscribing to our newsletter for free lessons, exclusive event invites, our favorite bits of inspiration, and so much more! Already on our list? Scroll down to check out a free lesson & our membership options! 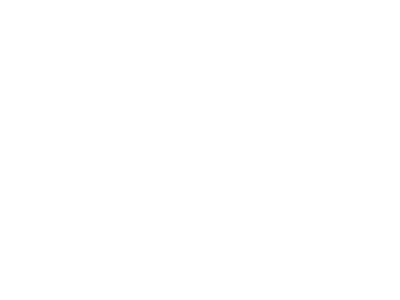 Ready to dance, but not sure where to begin?

Get started with a free series of dance lessons!

The best way to begin your swing dance journey is by evaluating where you currently are. Michael & Evita have taken their decades of experience and distilled the most important pieces necessary for great dancing. Go through our 9 Evaluation Points of the Dance course to identify your strengths and weaknesses, and start improving your skills across the board... for FREE!

READY FOR MORE? BECOME A MEMBER!

Top-Tier Lindy Hop & Jazz Content You Won’t Get Anywhere Else, Including:

Looking to add some new tricks and variations to your repertoire? Hoping to hone your technique and really swing out like the pros? Stuck without a partner and looking for solo material? Find all this and more among our hundreds of video lessons, all arranged by category. There's new content every week! Check out the "combo collection" for bonus workshop recaps.

The Most Live Events per Month

You'll find more live events at Syncopated City than any other swing dance site. Zoom in to weekly "office hours" to get expert live feedback, and attend monthly live workshops with Michael, Evita, and their favorite pros! Everything is recorded for you to come back to. Once it's safe, keep an eye out for our travels to a city near you!

The Fastest Path to Mastery

Commitment to our Roadmap is the fastest way to become a better dancer. Start with the very basics, then move your way up, slowly increasing the difficulty. Follow our guide as we progress into dancing full, advance-level combinations, adding complexity with each new move. You'll find 6 Levels of material: Fundamentals through Advanced.

Wherever you are in the 'lindyverse,' you're likely to find a local dancer on Syncopated City. Chat about your favorite clips in the online Member Forum, find a couch to crash on for far-away events, and team up for Member Challenges. Log your progress in the forum and get feedback from Michael, Evita, and your new friends!

The fastest and most reliable way to improve your swing dancing on the internet -- at the best price!

Michael Jagger and Evita Arce are internationally recognized Lindy Hop and Solo Jazz dancers who have traveled the world teaching since 2005. Originally mentored by Ryan Francois and Jenny Thomas, Michael and Evita take great pride in their lineage of this African American art form. Keeping a joyful spirit with earnest humility while always holding a deep appreciation for the dance and its cultural heritage, Evita and Michael pass on what they have learned directly from the masters before them, including the Ambassador of Swing, Frankie Manning, the Queen of Swing, Norma Miller and the treasured Jewel of New York City, Dawn Hampton. Michael and Evita have offered online teaching since 2015 and continue to keep their global members engaged with new material, live sessions, and a comprehensive curriculum.

A few exciting highlights from their career include dancing in the Broadway show SWING! for multiple tours, competing on So You Think You Can Dance (2007), being featured Lindy Hoppers for Jazz at Lincoln Center, several TV commercials, and debuting a Lindy Hop dance company at Jacob's Pillow "Inside Out Stage" (2012).


Memberships for All Levels

We know everyone is embarking on this dance journey from different places. Whether you’re a regular Lindy Hop or Solo Jazz competitor, or a soon-to-be swing dancer that enjoys a good evening with friends and loved ones, there’s a plan for you here at Syncopated City. We're excited to have you join our dance community!

For the dedicated (or just thrifty!) dancer looking to take it to the next level!

For the dancer that's here for fun, friends, and swingin' out.

For the dancer that's just looking for some tips and tricks.

Subscribe to our newsletter to get bonus lessons, exclusive event invites, and more!